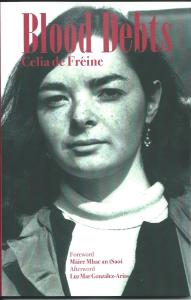 On 12th February, 2015, I was interviewed about my book Blood Debts (Scotus Press, 2014) as part of an Arena outside broadcast recorded in Farmleigh House.

As well as the items included in the programme, additional interviews and discussions were conducted for the benefit of the audience present on the night.

During one of these discussions Seán Rocks, the presenter, was described as ‘a national treasure’.

Seán Rocks had done his research: as well as having read Blood Debts, he had read about it; his interest in the book was genuine, as evidenced by the questions asked; he kept me on track; his agenda consisted of doing his job and doing it well.

The link to the interview: http://www.rte.ie/radio1/arena/category/poetry/ 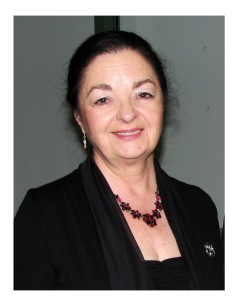 This country needs to wise-up and sort itself out.

Twenty one years ago the Anti-D Scandal in Ireland was made public.

Anti-D is an immunoglobulin given to women with Rhesus negative blood who have given birth to babies whose blood is Rhesus positive. As the twentieth century drew to a close, it was discovered that sixteen hundred Irish citizens had contracted Hepatitis C as a result of contaminated Anti-D, manufactured by the Blood Transfusion Service Board.

My book Blood Debts (Scotus Press, 2014), a translation of Fiacha Fola (Cló Iar-Chonnachta, 2004) gives an account of the scandal as seen through the eyes of one woman infected with Hepatitis C. Many have commented that the book, though written in 1999, is still ‘fresh’.

A compliment, as far as the writing is concerned, perhaps. What makes the book still relevant today, though, is the frequency with which atrocities involving the health of women and children in this country come into the public domain.

At the moment news items include the investigation of the maternity unit in Portiuncula Hospital, the symphysiotomy cases, vaccine trials on children in the care of the State, the redress issue for Magdalen Laundry survivors, the Tuam babies. The list goes on.

I’ve discussed how I came to write Blood Debts and A lesson in Can’t in The Irish Times Book Club.

This country needs to wise-up and ask itself: when will atrocities such as those listed above become a thing of the past?

In my experience there are three phases involved in the act of writing: the writing itself; the edit and polish; the promotion.

The first phase is the most challenging – getting the idea down on paper – though, in many ways, it’s the most straight-forward. Once the writing (a poem for the purpose of this piece) has been made real, it can be toyed with on the page until it’s ready for publication. Which brings me to the second phase: the edit and polish. Many poems arrive almost fully-formed and require little ‘polish’ (these are the poems which win awards); others may take years to hone and may never quite turn out to the poet’s satisfaction.

The third phase, the promotion, is the one I’ve spent least time on over the years, choosing to focus on phases one and two. Until recently most of my energy was deployed in the writing of the poem, a lesser amount on the polish and practically none on the promotion, though it’s now that my output is greater than ever.

At first I was worried that that was because I’d run out of ideas and was spending more time on the edit, rather than on the composition. I think, though, that with practice I’ve learnt to incorporate much of the edit into the writing itself. As for the  manuscripts which have languished on the shelf for years, approaching them now with the perspective distance brings, less time and energy are needed to  complete the task.

As for the promotion of my two most recent books ‘A lesson in Can’t (Scotus Press, 2014) and ‘Blood Debts’ (Scotus Press, 2014), I’ve been blessed with the help of one friend, in particular, Lia Mills. Lia is an extraordinary writer in her own right whose novel ‘Fallen’ is well on its way to becoming a modern day classic. Not content with her own work, though, Lia devotes many hours to the work of other writers as evidenced by her series of interviews with them.

I will forever be in her debt for:

‘Hidden Irelands’ her interview with me for the DRB (November, 2014),

her generous comments in The Irish Times

and her Foreword to my ‘A lesson in Can’t’ (Scotus Press, 2014) as discussed on Arena

A Wise Woman knows her friends. 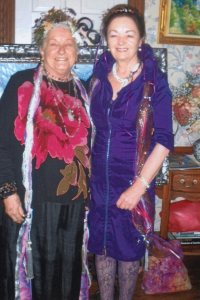 The first Wise Woman I met was Fran Tripp. Not long after we had become acquainted she asked would I like to be crowned Wise Woman also. At first I demurred, thinking I was undeserving of such a title. However, in November 2013 I was crowned by Fran in a ceremony that celebrated age, power and wisdom.

A matriarch is a woman in her power, an autumn queen who celebrates her achievements and meets the challenges of age with grace.

With five children, one grandchild, and several books and plays to my name, I am happy to acknowledge that this is the season I now inhabit. It means I am on the cusp of wisdom and recognises that, although I have been crowned Wise Woman, I have much to learn before embracing its mantle.